CUSTOMIZABLE FOR ANY PRODUCTION

The 300x is the first Bowens Mount Bi-Color light to be compatible with lensed optical modifiers like the Fresnel 2X and Spotlight Mount, both included with the light. It’s ability to use lensed optical modifiers allows its CCT flexibility to be enhanced even further, by being able to output over 56,000 lux at 1 meter with the Fresnel 2X. The 300x is the first of many Aputure lights to utilize the expanded vari-white CCT range of 2700K-6500K, going beyond traditional bi-color. The 300x outputs reliable color with CRI and TLCI scores of 96+, a tungsten SSI score of up to 85, and a D55 SSI score of up to 74, competing with industry giants. The 300x features two output modes: Max Output and Constant Output mode.  In Constant Output mode, the luminance level remains uniform while changing the CCT output. Max Output mode will always maximize the output for the chosen CCT and dimming level, with the highest output range being 4000K-5500K. Like the 300d II, the 300x can also be operated with a single battery, up to half of its maximum output, or two batteries for full power, all while accurately displaying remaining battery life. The 300x continues Aputure’s tradition of using the prolific Bowens-S Mount, making it a unique modular bi-color fixture capable of adapting soft light or hard light modifiers. 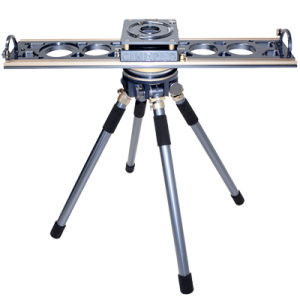